What Karrueche Should Learn From Rihanna 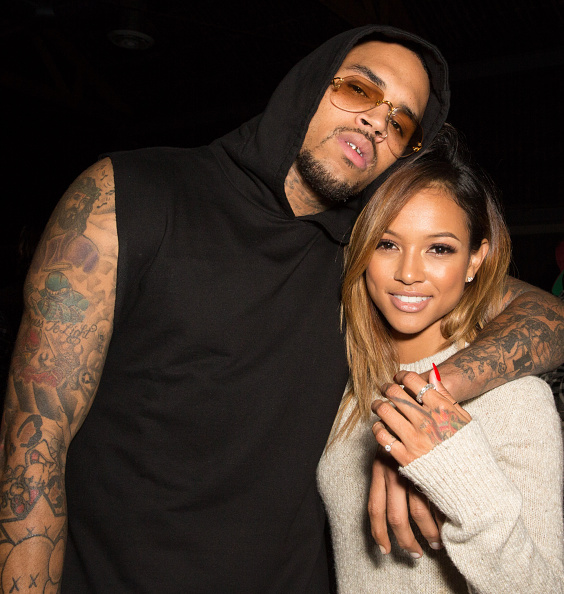 I was going to use this post to ripppppppp on Karrueche Tran.

But — I’ve already done that on my Twitter ….and my Instagram …..and to be frank for the past week, the rest of the world has too

….and now that I think about it, I feel really bad about it.

I was going to speak on how Chris Brown must be the hoe he speaks of in his “Loyal” song.

I was going to talk about how trifling it is for these celebrities stay with their men after they have babies with secret side chicks and how they absolutely have no backbone… But I kinda conquered that a year ago, in this post here.

And honestly for it to take me just as long as it took C.Breezy to publicly respond on his side chick becoming a baby mama situation, that should tell you exactly how hard of a situation it is to address. I mean if there may be any one thing Chris and I have in common, it’s the fact that we are both quick to give our 2 cents about anything .

But the major difference between Chris and I, is that he is a man and I am a woman. What does that mean? Well, at the end of the day, as much as I am about women empowerment and as hard as I want to be on Karrueche by pointing out how she’d never be in this situation had she already broken up with him for the slew of disrespectful things he’s done to her in the past (like this and this), a huge part of me empathizes and sympathizes for her.

Because we have all been there ladies.

Which brings me to the point of this post….point being that one of the biggest problems with women, is that we ignore our self worth. And I say ignore because at times when it comes to love, a lot of us women choose to stick it out even when we know a relationship is detrimental. Chalk it up to “love being blind”, but I, like Karrueche can say I’ve also been victim to this (as you can see from this post here). And just like us women have this immensely heightened sense of intuition, I believe that same instinct carries over when it comes to knowing what we deserve.

We deserve to be happy like any other person in the world. We deserve the same respect we give to others.

Though sadly enough, usually the issue isn’t knowing what we deserve, it’s allowing the shortcomings of the people we are romantically involved with, to cause us to reassess our own value. And it’s then, that we need to realize that the energy is being pointed in the wrong direction- for the true reassessment should not be of the worth of ourselves, but of the person we have chosen to call our “better” half.

At that point we must ask ourselves, is our better half actually better?

Or for Karrueche, she must ask herself is Chris better for the constant betrayal or lack of loyalty he’s shown towards her?

Is he better for not having her best interest in mind when he succumbed to temptations and selfishness time and time again?

Is it better for her to deal with the heartache of being with him than being alone? Because no amount of good times, memories, or history can repair the irreversible damage of a consistently battered and broken heart.

In all seriousness, part of me thinks Karrueche could take notes from someone who has gone through similar public hurt and humiliation caused by the man she loves…someone like Rihanna.