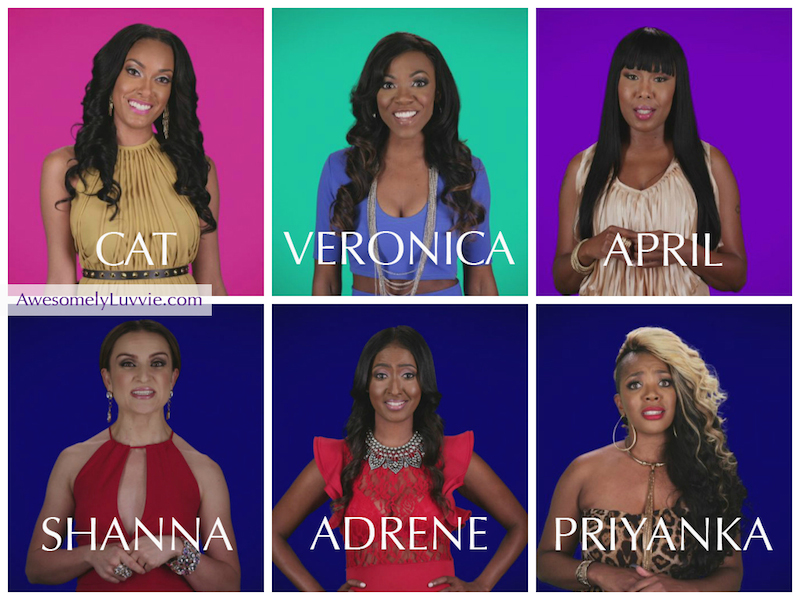 These are six of the nine culprits/ awesomelyluvvie.com

Disclaimer: As a non Greek affiliate, this post is in no way written to disrespect any member of the Divine 9. This is simply MY opinion, which I’m entitled to.

Yesterday, there was a major shift in my Facebook timeline. What was once shared posts and updated statuses about police brutality, and “Black Lives Matter”ing in America was replaced by several posts from my friends and associates who pledged Greek organizations, and their level 10 disgust of how VH1’s show “Sorority Sisters” was slandering their organizations.

And while I admired my friends dutiful efforts with the petitions they’d created, alerts of how to make sure sponsoring companies were boycotted, and creating an overall awareness of how Mona Scott Young is enemy #1 for depicting blacks in a negative light, I couldn’t help but wonder why oh why is EVERYONE up in arms with Mona?

“DUH, because she created the show Avia,” I can imagine some of you saying.

Yes, Mona did create the show, but what about all the people who are financially backing this movement and are getting off easy?: 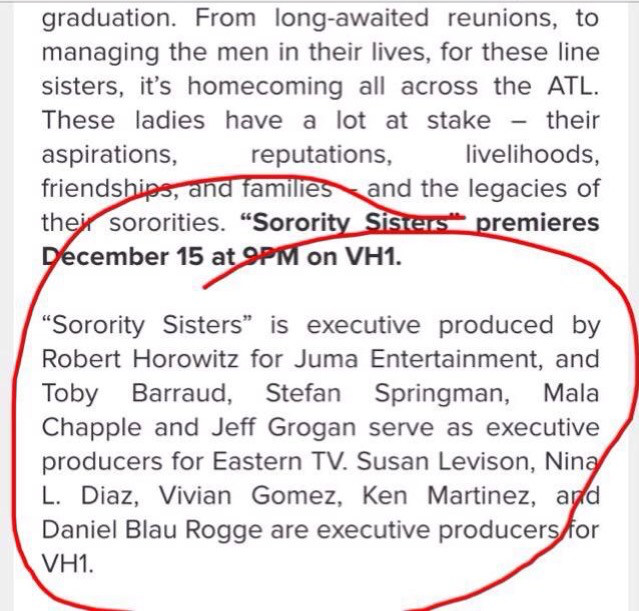 Her name is the most notable, so she gets the heat. I totally get how that works.

But after getting into what I would call a healthy-but-could’ve-turned-bad debate with BGLO member, Sierraa, on Twitter yesterday (I’ve only shown part of it), I began questioning myself on if I really had to be Greek to understand the direction of the outrage– let alone comment on it?

**To all that are wondering, I pledged thissssssss a long time ago and am perfectly fine with it.** 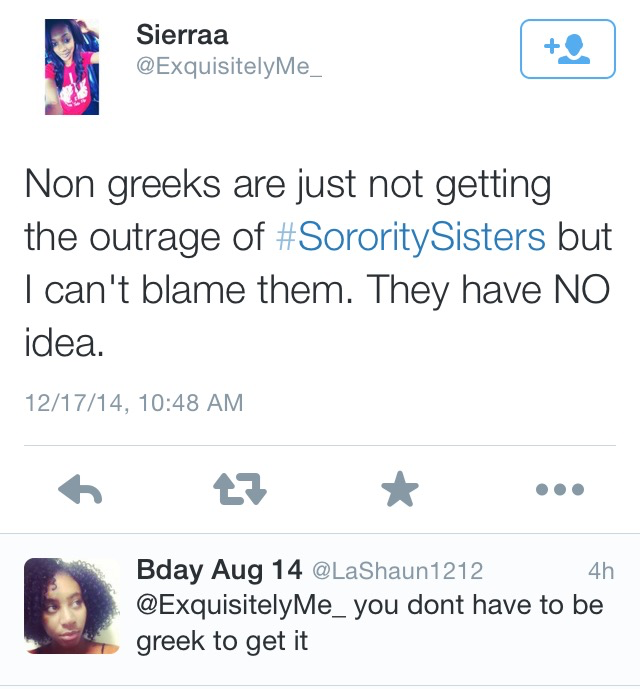 The short answer is no. I don’t need to be Greek to understand how much this show could tarnish the positive images and ethical standards these sororities of the Divine 9 have spent more than a century to create and uphold.

I also don’t need to be Greek to wonder how any woman of a black sorority would want to trade in the blood, sweat, and tears it took for them to be part of a sisterhood, and years of service and dedication to it in exchange for 5 minutes of ratchet notoriety.

I don’t need to be Greek to see that once these 9 women signed on the dotted line and their deal was made with VH1, they made the decision to forfeit all respectability from their fellow Sorors and Prophytes and were fine with the possible ramifications of doing so.

And I don’t need to be Greek to realize, their actions of placing the reputations of themselves before the ones of the organizations they represent were not only selfish but with little or no regard. 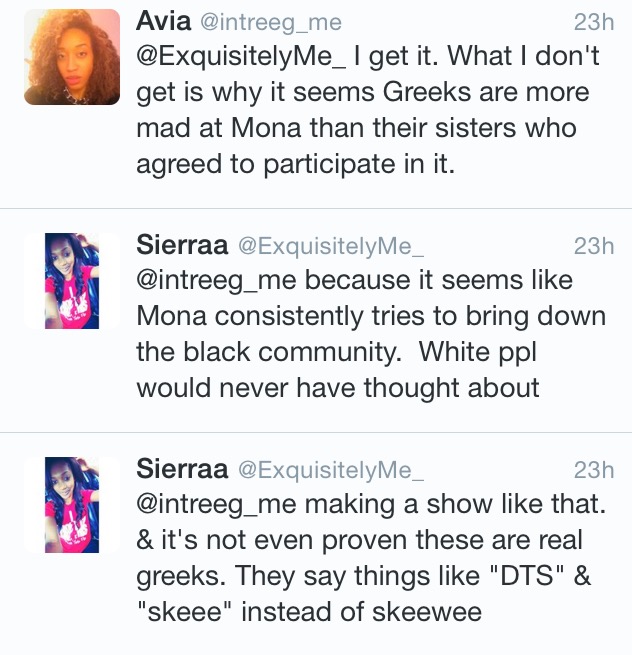 MONA IS PARTIALLY TO BLAME:

Anyone who hasn’t been LIVING UNDER A ROCK, for the past 3+ years,  knows that through Monami Entertainment, Mona Scott Young has been making her paper off of showcasing the ratchets in our black community. Anyone with cable, a laptop, or Google for that matter knows this. So I refuse to believe these college educated women had no clue (nor means of research to) what they were getting themselves into.

Mona Scott Young has already shown she knows that controversy + ratchetness equals the formula for successful reality tv. But what Sierraa, above, doesn’t understand (or refuses to accept), is that what Mona does is no different than any major production company who is responsible for reality tv shows showcasing all ethnicities like “Honey Boo Boo”, “Bad Girls Club”, “Real World”, or “Jersey Shore” for example.

Is it right? Heck No. Does it do anything to show blacks in a respectable light? That shouldn’t even be a question, because through three different franchises of “Love and Hip Hop”, Mona has proven time and again that’s not exactly what her angle is (and to see a complete interview where she talks about this click HERE).

BUT THE OTHER PART IS THIS:

To me, what’s the most interesting aspect of this controversy is that my friends of the Divine 9 fail to acknowledge that their blame for this show is semi improperly placed. Because while y’all are worried about Mona “exploiting” a negative representation of what it means to be a part of a black sorority, you should realize:

She can’t “exploit” any of these women if they don’t exploit themselves first.

To my D9 friends, let’s keep it all the way 100. If these women acted dignified, this wouldn’t be a “ratchet show”. Or even yet, if these women had just as much audacity to opt out of participating as you do to ban watching it, there would be no problems. Because we all know this show like any other, could have never existed if VH1 didn’t have the subject matter to shoot. And while you may want to curse Mona backwards, frontwards, and sideways for not taking social responsibility to paint a positive picture of black women in sororities, know that social responsibility goes both ways. So just try to remember this:

Mona pledged no loyalty to you.

But these 9 women did…for life might I add. And if there is anyone you should be questioning, it should be them. Because from the very first episode, what these grown women have shown through their childish and questionable decorum, is that their motives and actions for recognition and fame far outweigh the respect they have for the thousands of women who’ve worked hard to maintain the prestige of their respective organizations.

And I don’t have to be Greek to be completely and utterly disturbed by that.