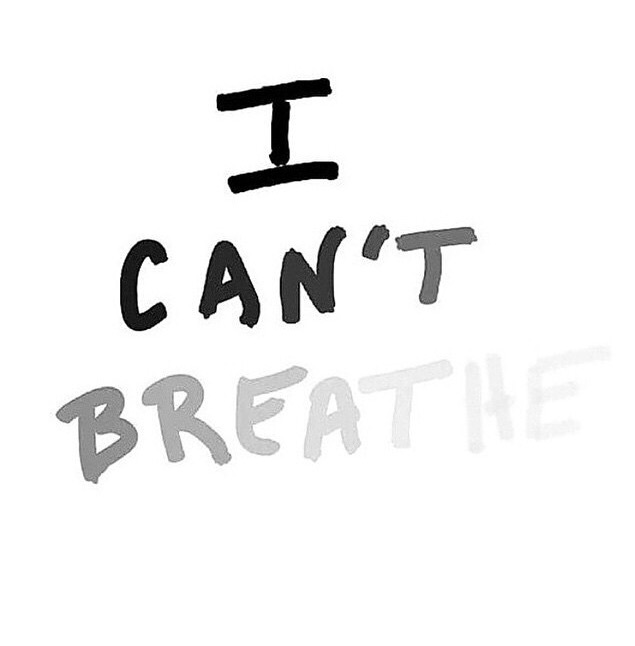 If there is any question on if the recent unlawful acts committed by police officers are to be considered part of a racist issue, then the non-indictment of Eric Garner’s killer is 100% proof that BLACK LIVES DON’T MATTER IN AMERICA.

If you don’t think this is about race, then you need to click here.

These incomprehensible recent events have had me asking myself WWTD (What Would Tupac Do)?

We won’t even speak of how Tupac’s interview being filmed two decades ago, shows that nothing has changed. But let’s be frank, it’s clear it hasn’t.

The ounce of optimism within me hopes, wishes, and prays that this casualty will spark the changes that need to be made in the justice system and/or police force that are decades overdue.

But realism drives me to think Eric Garner’s six children will grow up fighting the same or similar fight. My greatest fear is that curiosity will get the best of them and they will one day see these videos (if they haven’t already).

They will hear their father weep his last words 11 steady times until his bated breath takes over. And they will realize his cries for help had just as much ability to save his life as the color of his skin. I fear they will always have that imagery, and that reference of their dad’s murder burned in their minds.

My greatest fear is that they will have questions. They will wonder why the cops watched him die…why they were out to get him? They will research and ask why his Miranda rights were replaced by a chokehold, and why he was even being arrested for a violation that deserved a summons at most?

They will question why the EMT haphazardly acted like they were doing their job, yet didn’t do CPR or place an oxygen mask on their dad’s face? They will see that no one helped him. They will still have the same unanswered questions about their father everyone had months after his death. I fear they will find out that the cop who murdered him never went to court, and is walking as a free man, who will eventually have kids and be able to be a father to them, the simple luxury he robbed from their own dad.

My greatest fear is that they will one day walk the same pavement their father helplessly lied upon like a fallen soldier, the essence of his soul embedded in the grit beneath their own soles.

I fear that these six kids will think it will be okay to be treated like a second rate citizens in a first world country. I fear the residual effects. I fear that they will see themselves the way the “free” country they live in sees them: as worthless. I fear they will each think they are just a number, or another black body whose life could end at the drop of the hat over just about anything, whose mere existences are worth less than a single cigarette.