Thirty B4 Thirty: Day 16- Learning How To Do Things Alone 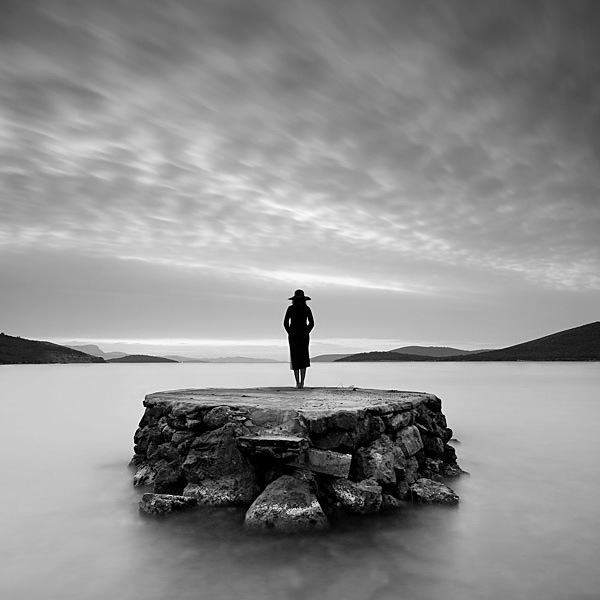 Yesterday I did something that I’ve always wanted to do, but have never had the courage to.

I went to a party by myself.

Now for some of you, this seems like a small feat, but this was a huge deal for me. Though my close friends will tell you that I’m a great social butterfly, what they don’t know, is that when I go out with them I can always rely on their presence being my safety net. Plus we always end up running into people we know which makes it even easier to be social. But to go alone??? Who would I talk to? Would I come off looking like a weirdo standing all by my lonesome? Who would I get excited with when “our jam” comes on? But most importantly, WHO WOULD I TALK TO????!???

It was my friend’s birthday and at this enclosed rooftop in Midtown. It wasn’t a private party, it was a full on PARTY-PARTY. And said friend is a party thrower, so he’s pretty popular. I promised him I’d go, but I made that promise thinking at least one of my friends could roll with me.

Welp, no one could. And because I had already made the commitment, I didn’t want to back out. One thing you should know about me is that one of my biggest, BIGGEST pet peeves is when someone tells me that they are going to do something and don’t follow through. I hate the disappointment. I hate putting my faith into someone who doesn’t keep their word, no matter if it’s big or small. And because of this, I always try my hardest to follow through on my own word, because another pet peeve of mine is when people are hypocritical. So you catch my drift…

So I said “Well Avia, you asked for your chance and now you’ve got it”.

I then had to remember how at age 11, I was forced to make new friends after moving all the way from the suburbs of Chicago, to California. Which made me also realize that I’ve conquered that situation time and time again during my lifetime- especially when I moved to DC for college, not knowing a soul, or coming to NYC post college having no family or physical support system there to catch me if I fell. So why was I trippin over one party? I had forgotten I was a mutha effin G!

I looked at the situation as an opportunity to check it off my mental “Things to Conquer Alone” bucketlist (traveling to another country alone is the only thing left). I created the list because I always feel like when you do something alone, you are forced to do it at your truest self. You have no safety nets, no one around to influence your words or actions. It’s almost like getting to know yourself in a different way, by seeing how you’d act in different situations.

As soon as I stepped in the party, I saw my birthday friend, gave him a hug and chopped it up with him for a bit before making my way to the bar.

Now I know a lot of you are thinking ‘Well if it’s your friend’s birthday, why couldn’t you hang out with him all night?’

I’m sure I could’ve hung with him, but like I said, he’s popular, so I knew a lot of people would be coming up to him throughout the night, and his time would be a bit tied up. What’s funny is that the few mutual associates that him and I share weren’t even at the party. Of course they wouldn’t be there when I needed them the most as a safety net! See, God set the situation up just perfect for me:-).

So back to what I was saying… I made my way to the bar and ended up meeting quite a few people. How I did it, I can’t even explain it to you. The people who I ended up meeting occupied my time for the whole night, and they were entertaining, so I had no worries about it. People would ask me who I came with, and when I told them I was solo dolo, they seemed pretty impressed. And towards the end of the night, I came back to my birthday friend.

But after last night, I truly believe there is an art of knowing how to act when you are alone in a social setting. Here’s three pointers I discovered from last night’s sitch:

-Don’t seem to desperate to converse with anyone, just kinda let things take their course.

-But on the flip side, don’t be standoffish (or look standoffish, so get rid of whatever resting bitch face you usually have) or else you WILL look like the weirdo standing all by your lonesome.

-Feel free to start conversation with someone random. You never know, they may turn out to be so interesting that you talk to them the whole night. Then you won’t look like you’re alone. And you’ll also be killing two birds with one stone. #BOOM

I wrote this post because I realize, the closer I get to turning thirty, the more important it is for me to put myself out there, especially if it means placing myself in positive situations that I know will make me uncomfortable. It is the only  way to grow as an individual. I never want to look back at situations in my life and wonder ‘What if I had the courage to do XYZ thing?’ Where would my life be now? How would I be as a person?’

I also wrote this post for anyone out there like me, who needs to check themselves from time to time, about shying away from being alone in any situation whether it be going to a party or being single. Though it’s easier said than done, it’s a great feeling knowing that you can take control over your life, without letting something like social anxiety conquer your life decisions.