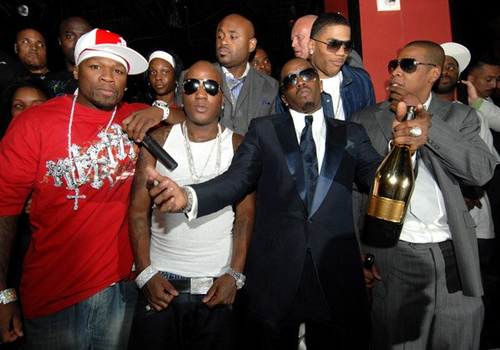 If Part 1, ruffled a few feathers, then this 2nd part is sure to make it worse. Hey, whaddarugonnado?

Now let’s clarify for a minute. The first part of this post was me pointing out general traits that were more abundant in Tri-State men than other men I’ve encountered. Some people (some of my NY guy friends to be exact) got a little peeved and misconstrued what I was saying, thinking I was speaking about all NY, NJ, CT men. Disclaimers are there for a reason people!

Below I will list the major things that I have an issue with from the majority of the men from NY/NJ that I’ve dated (this includes “talking to”, “hung out with”, and whatever else they call getting to know someone on a romantic level nowadays):

I get it, they weren’t raised in some rural area of Mississippi, but damn did it ever hurt them to open the door for a girl? I think they’re used to dealing with some of the brash NY women types that sometimes play the role of men. Or maybe they believe since us women “killed chivalry”, that it’s so called extinction should dictate their actions (or lack thereof). Whatever it is, it’s very noticeable and annoying. A little wave of shock comes over me when I do come across a Tri-State dude that actually is the opposite of this, and because of this, I definitely don’t take it for granted.

2. Always talk about THEMselves.

Men from the Tri-State area LOOOOVVVEEE talking about themselves. Like I said in Part 1, the good thing about them is that they have a great love for utilizing their talents for the hustle. But the trade off is that, this trait brings a full force narcissistic conversation. The first dude I ever talked to when I moved to NY was a producer for Universal. This dude had been in the music industry for a good 17 years (he was a bit older) and it was all he ever talked about. Here he goes:

“I’m going to do this new track with this one artist I’m working with.”

“Man I gotta go to the studio to see what’s going on with my partner.”

“Did I play you that one song I did the other day??”

“We thinking about starting a girls group…do any of your homegirls know how to sing?”

“I just thought of a new song that has a country-rock type of feel….it’d be perfect for a car commercial. I’m going to play it for you.”

“Did you really mean it when you said you liked the song I did the other day??”

Little did I know at the time, that the majority of the dudes I would meet that were bred from here would have the same convo game (only insert different topic). And I have no problem talking about someone else, I’m actually inquisitive by nature– but I’m still attracted to well-rounded conversation. And on one too many occasions I’ve been in the process of getting to know someone and have realized mid convo, that the only question they’ve asked me throughout, is how my day was (and sometimes not even that). Last time I checked, a date is built for me to get get to know you and VICE-VERSA. If you have no interest in asking me about myself, then I will not reciprocate.

3. Are lazy when planning (first) dates.

We.live.in.New.York.Effin.City and you mean to tell me that the best you can come up with when it comes to planning a first date with me is us watching a movie at your house? Negro…. you live in one of the only cities in the country where it’s socially acceptable to meet by train and not pick your date up by car and now you want me to come over?

I’ve realized that for every five girls that won’t subject themselves to this laziness, there’s always one that will, so most guys will try to get away with doing the bare minimum. But you’ve got another thing coming if you think I’m taking 3 different trains for an hour and 30 min ride to get to the edge of the part of Brooklyn where you dwell just to Netflix with you. What are you smoking? Lol…

And from what I’ve been hearing, you guys nowadays are leery of taking us woman out on dates because you feel like we will take advantage of the free, dinner, drinks, & __________ (enter whatever you’re offering) without taking the date seriously.

Here’s a little tip for you…If you don’t want to spend a grip of your hard earned money on the possibility that the girl you’re entertaining is a gold digger,  how about you find something inexpensive or free to do?

Sidenote: To be quite honest, if you are leery about taking a girl out somewhere nice because of her gold digger personality, then maybe you should re-evaluate the types of women you are interested in.

Have you ever thought about the fact that here are free events happening in New York e-ve-ry single day?  Think outside the box smart guy. Take same brain power you’d use to figure out how you’re going to get her to let you “tap that”, to strategize a cool date you think she’d enjoy…I mean, if you really like her. And maybe after getting to know each other better, you can work your way up to a Netflix night.