I’ve been single a total of 2.5 out of the 6 years I’ve lived in New York. And within these single years I’ve come across a variety of ahem… “characters” we’ll call them, mostly born and bred in the Tri-State area. 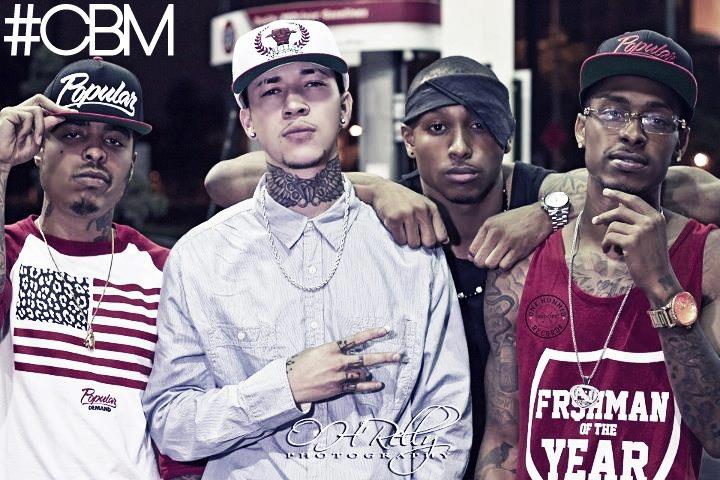 The good: Tri-State men are unique to say the least. They have their own flava as a man from any metro area would- from their accents, to their lingo, to the way they dress. BUT one great thing I can say about them is that they are full blown HUSTLERS. Every man I’ve encountered or dated from NY or Jersey area, knows how to juggle a 9-5 and use their other renaissance man talents to get paid on the side (and no, I don’t mean drug dealing). Their drive is unmatched, which is definitely something to be admired.

Now on the flip side….

Despite their ambition, there are a few things that irk me with them that have prevented me from dating one seriously. And honestly because of this, I wouldn’t be surprised if my next boyfriend was a transplant.

So below I will list my dilemma, the first 3 problems I have with Tri-State men (part 1). Disclaimer: These things listed are things that I have been exposed to from a good amount (not all) of men from the Tri-State (New York, New Jersey, Connecticut) area. While some of these traits can be found in men from all over, I’ve seen an abundance of these traits in some of the men that live here.

1. They think where someone lives is always where they’re from.

Why does this annoy me you ask? Let me give you an example of how the convo usually goes:

Tristate: Where are you from?

Tristate: Wow really? That’s hott! I heard LA is really nice, how long are you visiting?

*Ahem* (Did I fail to mention that when people not from California hear I’m from California, they ALWAYS ASSUME I’m from LA? Um hello, Cali takes up probably 80% of the west coast and you think it’s total population lives in one city?? Okay let me stop before I point out how ignorant that is… Back to the convo)

Me: I never said I was from LA, lol. And I’m not visiting, I live here.

Tristate: How long you been living there?

Tristate: Oh then you from Harlem..that’s what I was asking you, where you are from! *chuckle, chuckle*.

I’m sure some of you all just want me to chalk it up to semantics, but y’all know good and well if I said I was from Harlem, the conversation would have gone to what high school I didn’t go to, and other questions about my non NYC upbringing– blah, blah, blah.

So I’ve come to the conclusion that most guys who are bred in the Tri-State area, never move out (and if they do they usually move back). Because anywhere else in the world, “where are you from?” and “where do you live?” are not interchangeable questions. I look at this seemingly miniscule personality flaw in a bigger picture. In the long run, I’d have to wonder if I dated someone who never left where they grew up, would they ever want to move? Cuz-er-um-uh, New York is good for me right now, but I can’t imagine settling down and raising kids in this crazy concrete jungle.

2. They have no problem fighting girls.

This is not just a Tri-State thing. I’ve seen this happen in DC before. But I’ve seen it in abundance in my years of living out here, usually at parties. And when I say fight girls, this ranges from a plethora of things from: slapping them, to snatching glasses off faces, to throwing ice buckets at them, to hitting them (I can admit, the latter is the rarest). Crazy right? It’s definitely not something I ever get used to when I do see it. And I don’t go to ratchet parties either. There just always seems to be one bad apple who has no respect or discipline, and gets carried away on the scene. Talk about ultimate turn off! No girl should have to subject herself to any dude that can fly off the handle at any given moment, C-Breezy style.

3. They have “wives” but have never gotten married.

On more than one occasion I’ve met guys who mention their wives in conversation and then later on refer to the same women as their girlfriends. Then it comes out that their “wife” was their live-in girlfriend all along. Dafuq?

Look I get it. Astronomical rent drives New Yorkers to “play house” probably more than people in any other region. A guy has a longterm girlfriend, they move into an apartment together, she eventually gets pregnant (or opposite order) and boom!–they have an instant family household. And though I get how this happens more often than not, I’m sorry my Tri-State gentlemen, in the real world, that doesn’t make any girl your wife. Because just like you easily slipped into a relationship with your girl, you can easily slip out without signing papers, going to court, or paying a dime of alimony. I peeped game from jump. This fraudulent title may be your little tactic to stalling on proposing until your woman gets fed up with her REAL status, but in actuality, you’re downgrading the title of “wife” by using it improperly. So just stick with “girlfriend”. Because if she was really your wife, you would’ve said your vows already.

Intreeged? Then Stay Tuned for Part 2 of my Tri-State Dilemma…..