It’s rare, but I still come across people who haven’t been to or heard of Grits and Biscuits. And if you are one of those people, then KiLL Yourself, like TONIGHT (Kevin Hart voice, please know I’m kidding)! For anyone who is unfortunate enough to live in a city where Grits has yet to come, or for anyone who’s been living under a rock, Grits and Biscuits is the biggest houseparty-ish bash that happens every few months, playing nothing but dirty south jams for 6 straight hours. Leave it to my mom to ask me if they served grits and biscuits at the party and the answer is NO, lol. Since moving to NY, this has been THE only party I’ve had a good time at EVERYTIME I’VE GONE. And I’ve been a G&B vet (gone to probably 10 of em’- twice in DC the rest in NY), since it’s birth 3 years ago. Some would say I should be ashamed of my party animality, I call myself fortunate.

So in honor of its last bash in DC, I will give all those that are uninformed a run down on what you are missing out of…(NYC party promoters please take notes cuz…..you need it):

DRESS CODE: One of the best things about this party is that you come as you are. I usually rock my J’s, some leggings or shorts and a cut up tee or tank. Not to mention gentlemen (and women) can wear their beloved snapbacks in the spot. You can tell who’s new to the scene by what they wear. This is not a sophistcated rooftop party at the W. This is the most fun sophisti-ratchet party of the year. So rookies listen up:

ATMOSPHERE: It’s the full out comfort within fashion that brings me to believe that as a result, typical party induced siddityness is checked at the door. Guys -a girl can’t use the excuse that her feet hurt in the beginning of the night because she’ll have flats on (so if you do hear that, then she obviously doesn’t want to dance with you, lol). And If anyone is chillin’ on wallflower status, it’s because they’re catching a break and cooling off…..from dancing……because ERRYONE’S dancing.

CROWD: If anyone has ever been to the old 40/40 in NY, they know to expect a thuggish sausage fest  ….and while that may be up some girls’ alleys, my idea of a good time isn’t going to a club decked by dudes who stand around watching girls dancing in the middle of the floor. MAN UP and ask a girl to dance! Ladies, at G&B, you’ll have no problem snagging a guy who has rhythm (super important), and/or who is attractive (just as important, duh). The crowd always seems equal and generally good looking, which gives fair playing game for both genders.

VENUE/HISTORY: The first party was born in Brooklyn at the now defunct Southpaw. Then, it moved to Music Hall of Williamsburg (where Jay and Bey made an appearance) for a few stints and after growing more fans, to Irving Plaza in the city. Every venue has been huge, theater-like, and has had 2 floors with a balcony overlooking the first. It does get crowded, but not too crowded. 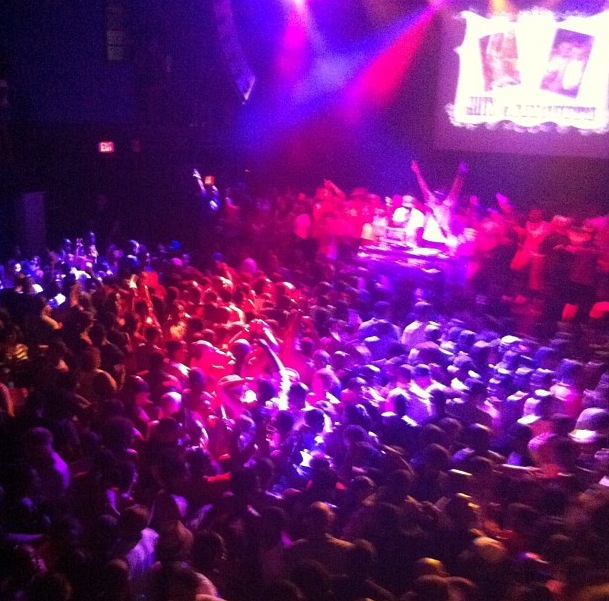 MUSIC: I am one of the few people in New York that uses the time during any dj’s reggae set, to get a drink and lollygag in the bathroom. I don’t necessarily hate reggae, I just don’t feel like scooby-dooing and ponytailing all night, (not to mention, I know nan words to any of the songs). For anyone like me, this is your scene. The only downside is finding the most strategic time to go to the crowded bar, because “your jam” will come on while you’re waiting, guaranteed. DJ Square Biz never disappoints.

But long gone are the days where you could just walk up to the door the night of the event and buy a ticket for $15 with no worries. Think I’m lying? Here’s a ticket I saved from 2 years ago… 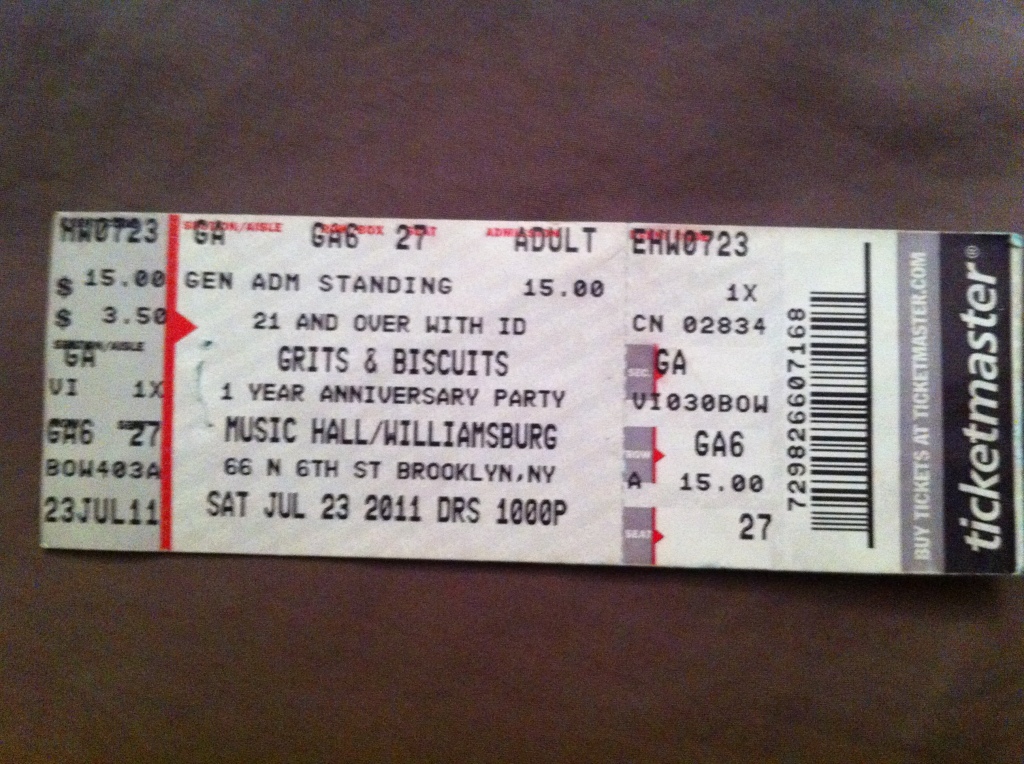 Nowadays, tickets to Grits in NY sell out as fast as Jay-Z concert tix and are double the price! And we won’t even talk about the scalpers. Now while I wonder what the future holds for G&B. I understand the workings of supply and demand and know their fanbase is only growing (me writing about it doesn’t help either, but oh well). I can only hope they don’t start getting outrageous with these prices.  I’m already spoiled as a female getting into places for free, and at this point I will only allow myself to pay more than $30 for a Howard Homecoming event ticket. If I’m going to pay more than $30 for a party, I need to have more than $30 worth of a good time, feel me?

On July 27th, E.Z. Mo Breezy and co. celebrated their well deserved 3rd anniversary at Roseland Ballroom, and unfortunately I wasn’t able to go. But to all that were there and at the ones in DC last weekend, I hope y’all rocked your J’s, drank a long island, and twerked a lot of something for me in my absence!

For an interview with E.Z. Mo Breezy, click here.