The Wrath of Kendrick Lamar 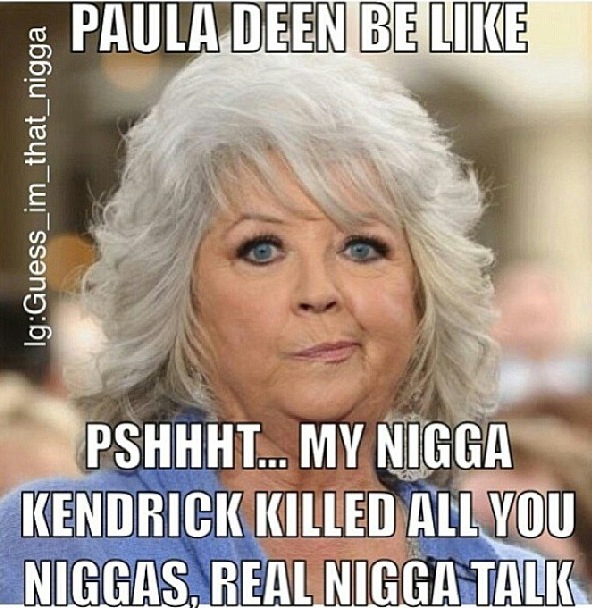 Sooo everybody and their mama’s mama are talking about Big Sean’s new song “Control” featuring Jay Electronica and Kendrick Lamar…….Wait. I take that back. They ain’t talking about the song, they’re talking about Kendrick’s verse only. KL SLAYED both Sean on his own track, in ADDITION to Electronica, and a host of others in his peer group including Wale, A$ap Rocky, Drake, and J.Cole.

We can’t front, dude left them DOA. DOA. Listening to his verse was like listening to a description of a gruesome homicide from the first 2 minutes of “New York Undercover”. Kendrick, why so angry?? Lol. I’ll give him the benefit of the doubt and chalk it up to it being the fire inside of him. I can’t say I didn’t know he had it in him, as any true Kendrick fan could compare this same fire to his bars on Schoolboy Q’s “Birds & the Beez”

But I guess the victims should be ever so “grateful”…. 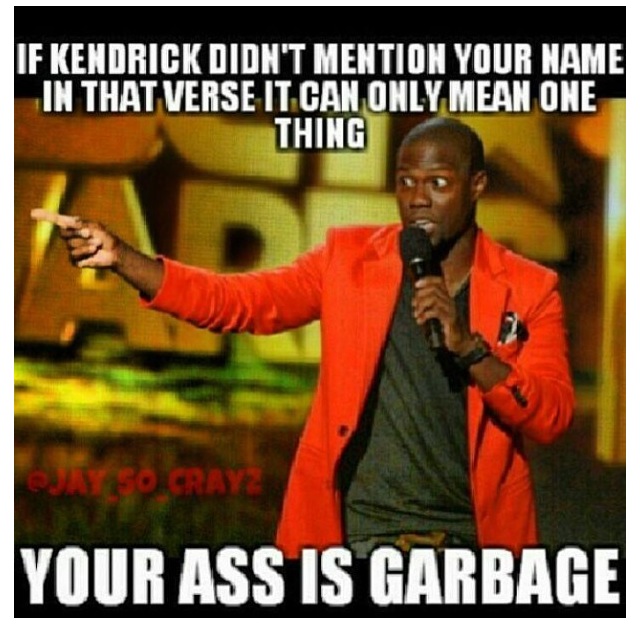 and be happy they at least got a mention, right?

All jokes aside, I love each rapper he named (Drake, J. Cole, and Wale especially), so I’m not going to sit here and say I’m jumping on the bandwagon as Kendrick’s #1 new stan. I already rock to his music and have respected him as an artist prior to this. But if anything, I, like others appreciate the fact that he’s made the rap game more interesting. Now, the universe awaits the next move of the others….. like this is the damn reaping for the Hunger Games or some ish.

I’m all for what’s fair and what not, but if KL says he’s all that and a bag of crackers (which he is) and then proceeds to shat on all their careers singlehandedly in one verse, then I think they should all do an Ether-esqe collabo on one track and just let it rip.

So far, the only rappers who have created response verses to K are ones who weren’t even mentioned, ones who have a small fan base, and throwback rappers who’ve decided now would be the best time to come out the black hole they were hiding in…..umm where they do that at? Y’all can SIT your azzez down. Your diss response is invalid if NO ONE WAS TALKING TO YOU IN THE FIRST PLACE.

Big Sean naturally seems to be getting the brunt of the pity party. Sean getting dissed on his own song by the very person he invited to have as a feature, is like him having Kendrick as a groomsman at his wedding to Naya, and Kendrick leaving the reception with her. 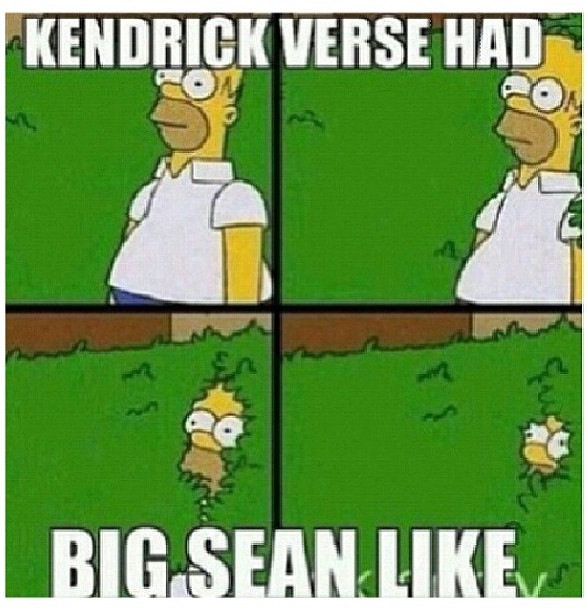 Listen to him as he explains his take on Lamar’s contribution in the video from VIBE below:

“When I heard [Kendrick’s] verse I wasn’t about to go back and change my verse–that’s cheating,” Big Sean tells VIBE. “That ain’t the way of an O.G. That ain’t how G’s move. I wanted to [release the song] for the culture of hip-hop as opposed to myself. “It’s hip-hop. It’s a sport. It should get back to being competitive if that’s what people want to do. I ain’t no h*e a** n*gga like that to hear a verse like that and be like ‘I gotta go back and [rewrite] my sh*t, I gotta go protect myself.’ Nah, it is what it is. I’m a good a** rapper. I just want people to remember I had the song. I knew what it was. No, I didn’t change my verse because I’m not a h*e a** n*gga. I’m a real a** n*gga from Detroit. I rep for everything that I do. I knew what it was going to do for hip-hop. I knew what it was going to do for the culture. This is the most exciting rap song to drop this year this year. Period.” (VIBE)

Well played Sean, well played. 20 points to you for your maturity, cuz you definitely didn’t have to drop the track.

While everyone is worried about Sean and the crew, I gotta keep it all the way 100….the real victim out of all the ones mentioned is JAY ELECTRONICA y’all. I mean, Kendrick slapped him in the face with each hand and robbed him blind as hell, leaving him curled up in the corner in the fetal position. He stole all of his sunshine, making his verse so crazy, everyone forgot Jay’s part was coming.  I had to listen to the song twice just to make sure he was actually on it, because I kept rewinding KL’s verse to catch all the shade thrown. Bible.

All the while, he does this all after  being with Jay’s baby’s mama. #BOOM