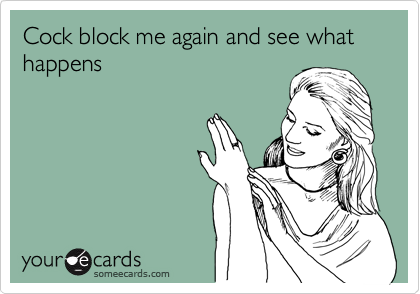 Disclaimer: The names of the people mentioned in this post have been changed to keep their anonymity, because, well, I’m a nice person. But TBH I wouldn’t mind calling them out.

You’d think that with New York City having a population of 8.406 million people it’d be rare that I’d ever run into anyone right?

As a matter of fact, I run into heathens allll the time (And please excuse my language. “Heathens” is just a word I use very loosely in a very non-religious sense).

Because though NYC has millions of people, the irony that like-minded people like doing the same things, results in people running into each other more often than not. Artsy people hang with artsy people. Hipsters do hipster things with their hipster friends in Williamsburg. Models hang in the Meatpacking District, gay guys in Chelsea. And the young, urban, black professionals hang out and “turn up” (someone please kill that saying, tonight) in the same places too. I mean, sometimes I don’t go to certain parties or events because I just know there are certain people I’m guaranteed to see there. And it’s not because I’m trying to avoid anyone, it’s just that I like a change of scenery from time to time… because change of scenery brings new, refreshing faces.

And refreshing faces is what I was after last Saturday night, so me and one of my best girlfriends decided to change it up and hang out in our neck of the woods in Harlem for once.

We hit up the spot and it was poppin. Crowds of good-looking people laughing and having fun, a banging DJ, and bartenders pouring it up. And for a semi-wannabe winter night, there was a good amount of people. It wasn’t the club scene. It was relaxed, cozy, and chill at the same damn time. We found seats, ordered drinks, and scoped the scene. But not more than 20 minutes passed before I felt someone come and wrap their arms around me from behind.

‘This better be someone I know,’ I thought, as I swiveled around in my chair.

I knew Drew through mutual friends and we had only had a rapport that went no further than running into each other at parties. ‘Of course the one time I try to go out somewhere different I still run into a regular’ I thought. But Drew was essentially nothing more than an associate to me.

He gave me another big hug then introduced his homeboy Will, to my friend and I. Will was clearly enamored by my girl, and began flirting with her heavy, as Drew turned back to me. For a few minutes Drew and I caught up on his latest whereabouts as well as my own, and had the “why we hadn’t run into each other in forever” type of convo before we kind of ran out of things to talk about.

And then Drew caught me off guard. I noticed the longer he stayed around, the more comfortable he got with me. Kissing my hand, putting his arm around my waist, caressing my arm. Let’s just say dude was alllllll up in my personal space. So I’d casually move away, or swivel my chair in the opposite direction so that he’d have no choice but to move his arms away from me…. you know, all those passive-aggressive I’m-trynna-be-nice-but-can-you-please-get-the-heck-out-my-face type of movements.

Oh and Drew had the Mr. Oblivious part down to a tee. It seemed like the more I moved away, the more he hovered over me. Let’s just say the dog was trynna pee on the tree, and this tree wasn’t having it. The dude was COCKblocking! And once I realized that was what he was doing (whether he was aware of it or not) I got upset. Why? Because I am a single woman, and I will not let any other dude send the message that I’m not. All I wanted to do was meet someone new and couldn’t. Because he was sitting there assuming us running into each other was a sign of an open invitation to take over the night. Cockblock your boys all you want, but I’m not the one.

When I confronted him on being overly flirtatious, he just laughed it off like it was nothing. And if I wanted him to be my man it wouldn’t have bothered me as much… but he was trying to claim territory that wasn’t his.  Every single physical action he used towards me, every single time he flirted was sending a message to anyone around us that we had some sort of rapport that never existed. #NoChill

So I figured I’d give you gentlemen 3 simple tips on your decorum when engaging with a female friend in a social setting so you don’t end up like him:

1. Don’t overdo it– Like really, if you aren’t normally touchy-feely with said female, then running into her after not seeing her for a while is not a big enough of reason to all of a sudden be. If she doesn’t like you like that, she will not be responsive to it and it will just make everything weird.

2. Pay attention and know when to leave– You don’t know the reason why the female is out. She could be meeting someone (a male friend), or maybe she’s catching up with her girlfriends she hasn’t seen in forever. And while it’s nice to see familiar faces from time to time, maybe she went out to meet new people. But if you’re all up in her face, you are being selfish with her time. If you ever want to find out if she wants you to stay around just say something along the lines of “I don’t want to overstay my welcome, so I’m going to go back to my friends”. If she doesn’t stop you, then she probably wanted you to leave anyway.

3. And if you are going to be a cockblocker….The least you can do is offer to buy the girl a drink! She may not oblige because that would result in you all up in her face even longer, but dag if you are going to hog her time, make it half worth her while.

It’s the least you can do.